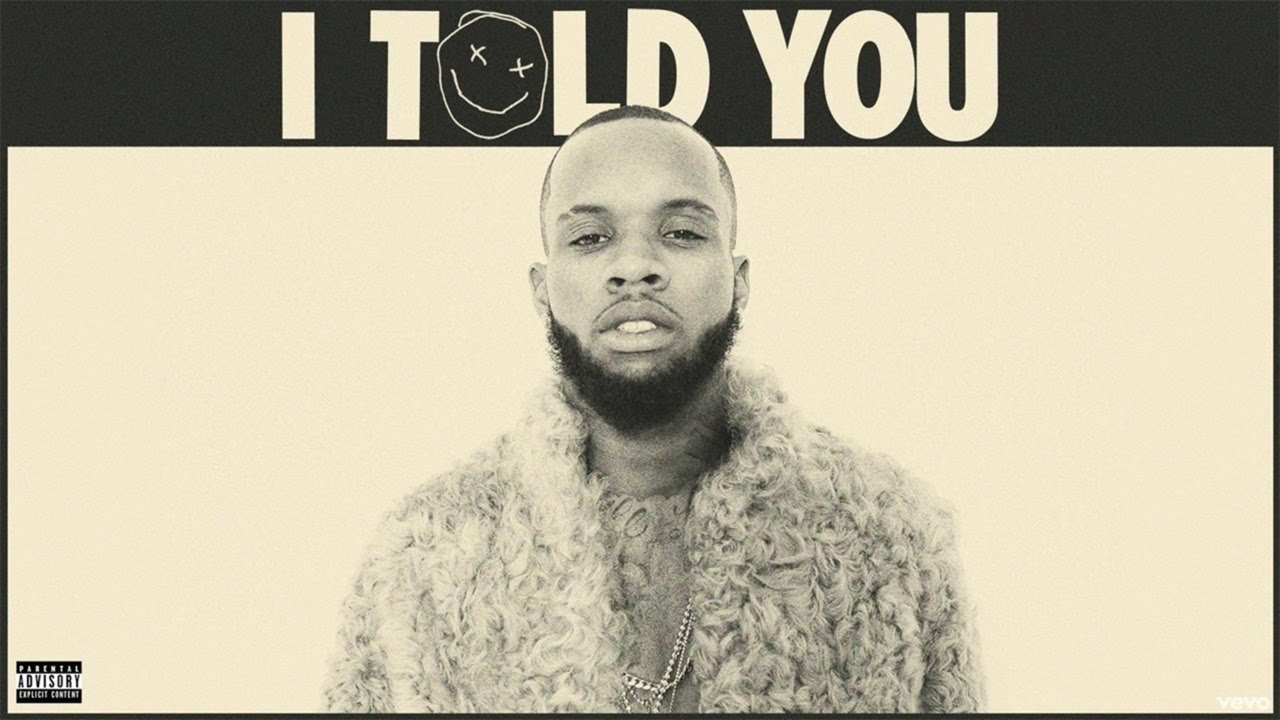 Every rapper has their come up story. Even if you grew up relatively fine in a decent Toronto suburb, you gotta tell people you ‘Started From the Bottom’ if you want some legitimacy in the game. But today’s post is about a different Canadian rapper who dropped his first album.

“I Told You” is Tory Lanez debut album and it does everything a debut album should do. It introduces the artist, shows off his skills, and most importantly, brings the heat. The 14 song (and 14 skit) album is a variety show of rapper Tory Lanez many talents including flow variation, story telling, and singing making one cohesive narrative with its highs and lows.

It’s apparent that Lanez, like many artist today, doesn’t want to be limited to one style or genre but seemed to struggle to find his sound in his earlier works.This album, however, was a much much improved effort to create the image of one dynamic person as opposed to the schizophrenic image his very different projects and singles previously created.

Although I definitely appreciate a narrative album as much as the next fan, a skit for every song’s a bit much my guy. While the skits tie the album’s narrative together, there’s definitely something to be said for an artist that can paint a picture and create a story with more lyrics and less skits (see: Kendrick Lamar, J. Cole).

The album’s very sonically pleasing since it strongly reflects today’s hip-hop industry standards, however, that can also be seen as a major criticism of it. In virtually every song, we can see the influence (some might even say imitation) of many popular artists sound. It’s too easy to make the Drake comparison of another Canadian sing-rapper but with songs like “Loners Blvd” that strongly resemble Take Care’s “Look What You’ve Done” in production, flow, and song composition who can argue differently? And I know I’m not the only one who heard Kendrick’s The Art of Peer Pressure listening to the second half of  4am Flex (although with less lyrical prowess). It’s also worth noting that his two biggest singles heavily sample other successful 90s tracks which still leaves us questioning his artistic creativity.

Lanez however does excel in his specific trap rap sound as displayed on I Told You/ Another One, Flex, and Dirty Money. And while we wouldn’t want to limit him to just that, we would love to see more development of this sound, and less re-imagination of hip-hops top 40 charts.

Biggest issue isn’t necessarily the music but rather the man behind the music. It’s unfortunate that talent alone doesn’t make a star, but that’s the reality of a consumer driven industry. If you want to sell albums, you need people to like you and want to be like you, in fact you can hardly have any talent and still be successful (see: your current favorite artist) as long as you have a strong fan base and have a catchy tune. Tory Lanez is struggling to build that fanbase outside of Toronto and this is partially due to poor decisions like picking a fight with the hottest artist in the game, disgruntled ex-hookups, and of course, this jump shot. But most important to building that fanbase is the aspect of authenticity that is very critical to the hip-hop genre.  It’s not just about creating an image for yourself but having people believe it and people struggle believing the image of a gang banging singer who doesn’t quite pull of gangster and isn’t quite attractive enough to pull off panty wetter (see: neckbeard above). They’re exceptions to these rules of course and artists are finding success crossing over, however for the most part fans seem to prefer one an artist with an image they can understand as opposed to one they don’t completely get yet.

Hopefully his incredible talent will carry him further as he continues to grow as an artist as he’s probably got a higher celling than most guys in the industry but only time will tell.